VEGA Conflict is a free to play massively multiplayer online real-time strategy game by the gaming company Kixeye that was launched in 2013. As of 2019, the game is available to play on Steam for PC, as well as Android and iOS mobile platforms. In the game, you can "stake your claim, customize your fleet, and wage epic war in space". VEGA Conflict is very similar to Battle Pirates, except the setting is in space.

Play as a young aspiring Miner Rebellion commander and take command of your own destiny. Engage in battle with the many divisions of the oppressive VEGA Federation as well as numerous other extraterrestrial threats such as the unrelenting Xeno Plague, the exalted Altairians, the sinister Umbra, and the rampant Pharmakon A.I., or fight other players in a battle for resources and survival.

Choose from a wide selection of hulls and equipment and construct over 80 different types of warships ranging from fast and maneuverable frigates to massive carriers and dreadnoughts, and customize them with special armor and other unique weapons. The possibilities are endless. Manage fleets, and launch them into orbit to attack other player fleets, raid their bases, or journey into deep space to destroy enemy faction targets.

Participate in exclusive events to unlock new ship hulls, and obtain new weapons and defenses. Engage in real-time, synchronous PvP and PvE combat with thousands of players around the world. Join in or form your own alliances with other players in your sector. Explore and conquer a massive 24/7, persistent universe, right from your fingertips. 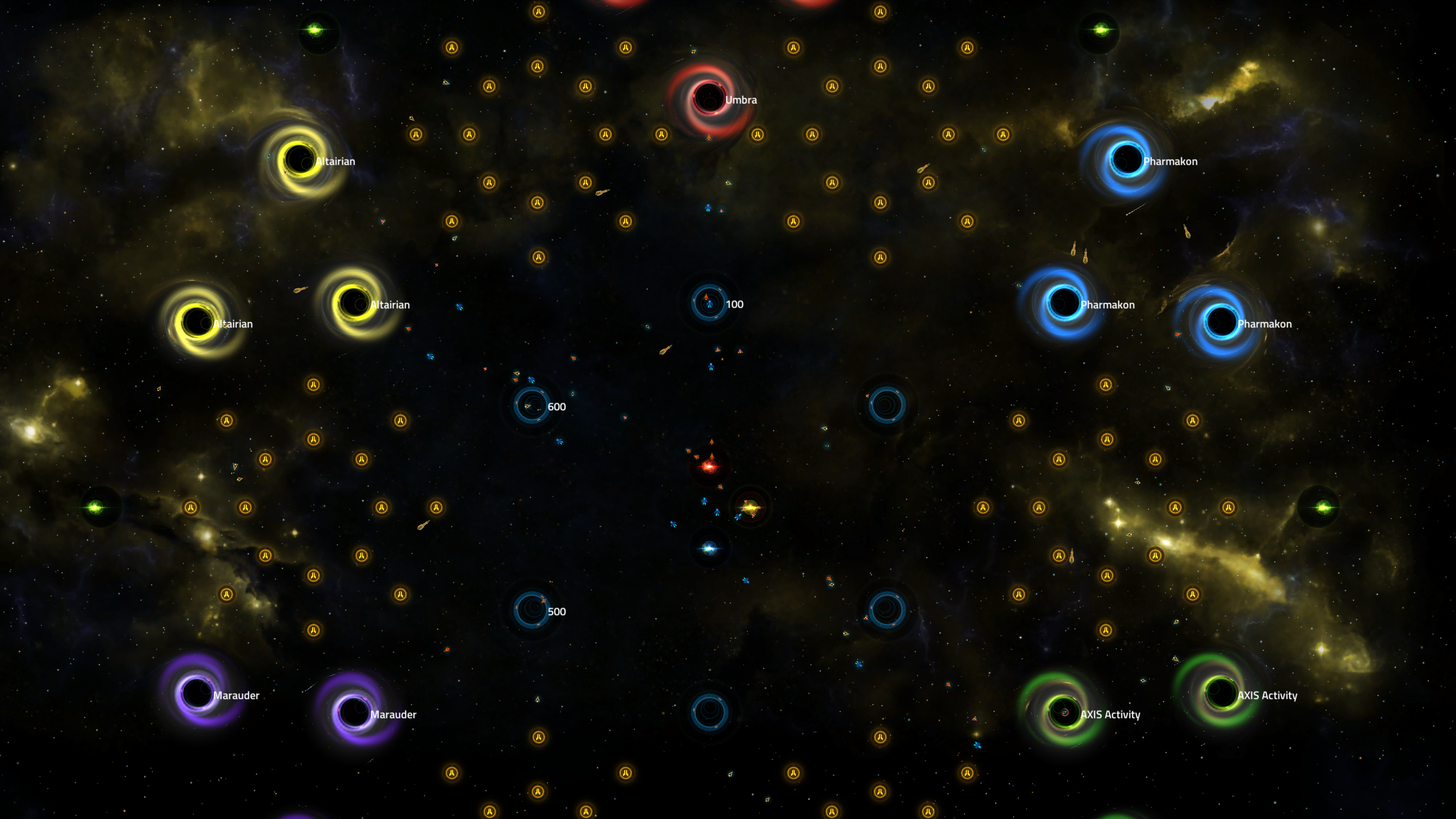